1XBET Ads Appeared on 1,200 ‘Pirate’ Sites in Past Six Months

Visitors to ‘pirate’ sites are no strangers to the Russia-based gambling company 1XBET.

As reported back in May, the company’s branding appears on hundreds of so-called ‘cam’ releases, much to the annoyance of people hoping to enjoy a movie without unnecessary interruptions.

The mechanism through which these ads appear in ‘pirate’ releases isn’t clear. As we’ve previously pointed out, there’s no public information that 1XBET directly sponsors ‘pirate’ releases or whether over-enthusiastic affiliates are to blame. Nevertheless, things were bound to boil over at some point.

In August, we pointed out a bizarre situation in Italy, where top tier football league Serie A launched an anti-piracy campaign, decrying piracy of all kinds – of movies too – with 1XBET advertising directly underneath. In fact, 1XBET is an official presenting partner for Serie A which has its ads all over its site.

While Serie A currently seems untroubled by these developments, Premier League clubs in the UK – who are also quick to criticize pirates – have a bigger and more immediate problem.

Liverpool, Chelsea and Tottenham Hotspur – which all previously struck sponsorship deals with 1XBET – recently received communication from the UK’s Gambling Commission noting that after having its license revoked (in part due to its advertising on ‘illegal’ sites), the clubs cannot continue doing business with 1XBET.

“We recently wrote to Liverpool FC, Chelsea FC and Tottenham Hotspur FC to remind them that organizations engaging in sponsorship, and associated advertising arrangements, with an unlicensed operator, may be liable to prosecution . . . for the offense of advertising unlawful gambling,” the Commission reportedly told the clubs.

A few days ago, Tottenham announced that it had terminated its multi-million-pound sponsorship deal with the company. At the time of writing, Chelsea and Liverpool are yet to make an official announcement.

In response to the allegations, a 1XBET spokesperson said that is taking the matter seriously and, as such has, decided to stop operating in the UK, at least for the moment.

“We take very seriously the allegation that 1xBet’s brand has been promoted on prohibited sites, which is strictly against our policies, and we have launched an investigation. Pending the outcome…we believe it is responsible to temporarily suspend our advertising activity in the UK,” the company said.

With Matt Zarb-Cousin of the Campaign for Fairer Gambling describing the clubs’ lack of due diligence as “shocking” and an “absolute debacle”, TorrentFreak spoke with brand protection company White Bullet to find out if it had some additional data on the scale of 1XBET’s alleged advertising on ‘pirate’ platforms.

The company, which works with brands to identify websites and applications that damage brand reputation (including by funding online piracy), told us that it tracks around 10,000 ‘pirate’ sites, with that number depending on how many are online and have ad impressions to be counted.

“1,200 of those sites had 1XBET ads found on a regular basis over the last 6 months,” the company noted, adding that 25% were or still are on the Police Intellectual Property Crime Unit’s IWL Infringing Website List (IWL).

Somewhat embarrassingly for Serie A and the above-named Premier League teams, 13% of the sites carrying 1XBET ads were ‘pirate’ sports streaming platforms and categorized as “high risk” by White Bullet.

All in all, this is an interesting completion of the funding circle as far as the clubs go, not to mention the Premier League’s constant complaints about piracy. 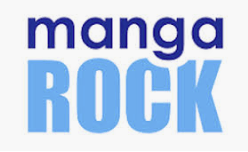