Last year, a coalition of copyright holders and major players in the telco industry asked the Canadian Government to institute a national pirate site blocking scheme.

The Fairplay coalition argued that such measures would be required to effectively curb online piracy. Canada’s telco regulator CRTC reviewed the request but eventually denied the application, noting that it lacks jurisdiction.

While the denial came as a setback, the main players pushing for site blocking are not letting the matter go easily. Bell and Rogers, two of the main proponents of the mechanism, later tried to get a blocking regime instituted through the planned revision of the Copyright Act.

Thus far there are no signs that they’re getting what they want, but there is another path to site-blocking that the two companies, together with Groupe TVA, are about to explore.

Last month we reported on a lawsuit the three companies filed against the operators of ‘pirate’ IPTV service operating from the domain names GoldTV.ca and GoldTV.biz. The companies argued that the service provides access to their TV content without licenses or authorization.

“The GoldTV.biz Service provides unauthorized access to hundreds (if not thousands) of live television channels and video-on-demand content,” the complaint filed at the Federal Court reads.

Among other things, the companies requested an interim injunction to stop the operator(s), who remain unidentified, from continuing to offer the allegedly-infringing IPTV service. This request was reviewed by the Federal Court in Ontario, which granted it late last week.

According to Justice Catherine Kane, the telecom companies would suffer “irreparable harm” if the two GoldTV sites were to continue.

The interim order will remain in place until a final determination of the claims is made. Among other things, the operator(s) are forbidden from operating, maintaining, promoting, or selling any infringing services, including GoldTV.

To our knowledge, this will be the first time that these companies have requested a pirate site blocking order in Canada. Interestingly, several of the ISPs that are targeted are connected to the copyright holders. As such, it is unlikely that there will be any protests from their side.

However, other ISPs, such as Techsavvy, may object to the requested order, if it’s formally submitted. This could then turn into a test case for court-ordered pirate site blockades in Canada.

The question remains, however, if the rightsholders will push through with their request. While GoldTV.ca was still operational yesterday, the site has now become unreachable. The same is true for GoldTV.biz, which doesn’t load either. That said, both sites could of course reappear.

It is clear, however, that after requests to get a blocking regime instated through the CRTC, Bell, Rogers, and others are now considering filing a blocking order through the court. And if they are successful, more will likely follow.

A two-day hearing on the GoldTV case is currently scheduled for September 11/12, and we will likely hear more after that.

A copy of the interim injunction that was issued by the Federal Court last week is available here (pdf). 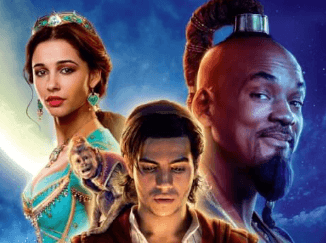