Last year, several major music companies sued Charter Communications, one of the largest Internet providers in the US with 22 million subscribers.

Helped by the RIAA, Capitol Records, Warner Bros, Sony Music, and others accused Charter of deliberately turning a blind eye to its pirating subscribers.

Under US law, providers must terminate the accounts of repeat infringers “in appropriate circumstances” and Charter failed to do so, according to the music labels. Specifically, the ISP is accused of ignoring repeat infringers on its network, which it continued to serve as customers.

This week Charter replied to the complaint, which was amended in February, denying most of these allegations. In addition, the ISP is countersuing the music companies on two issues.

Firstly, Charter requests a declaratory judgment from the court, ruling that it’s not contributorily liable for the alleged infringements of its customers. Among other things, it points out that it doesn’t host or promote any infringing activity, nor can it detect piracy on its network.

Other ISPs have issued similar counterclaims in the past. However, Charter goes a step further by also countersuing the music companies for violating copyright law themselves.

The ISP’s claim follows a decision by the music companies to remove 272 sound recordings and 183 music compositions from their initial complaint. These were dropped after the record labels were ordered to produce further evidence that they indeed owned the rights.

This doesn’t sit well with Charter, which believes that the record companies, through the RIAA, have sent inaccurate DMCA notices for these works. 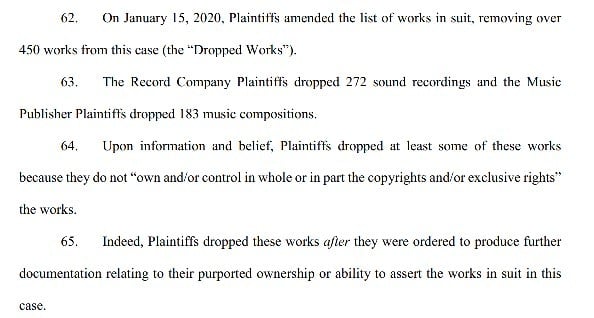 The notices in question contained “inaccurate information,” which includes the “misrepresentation” that the RIAA was authorized on behalf of the record companies to send these, the ISP adds.

According to the court documents, some of these works were also part of the lawsuit against fellow ISP Cox, where a jury recently awarded a damages amount of nearly $100,000 per work.

Charter itself argues that it was also directly harmed. The notices were processed in its CATS anti-piracy system, through which they were forwarded to subscribers. This obviously costs money.

“Charter is injured when it processes inaccurate notices, causing it to forward false accusations to its subscribers, to the extent this creates tension with the impacted subscribers, negatively affects goodwill, and causes reputational harm to Charter,” the counterclaim reads.

The ISP demands a jury trial on these issues and wants to be compensated for all damages suffered. In addition, it asks the court to declare that it is not contributorily liable for the alleged copyright infringements of its subscribers.

A copy of Charter’s response to the amended complaint, including the affirmative defenses and the counterclaims, is available here (pdf). 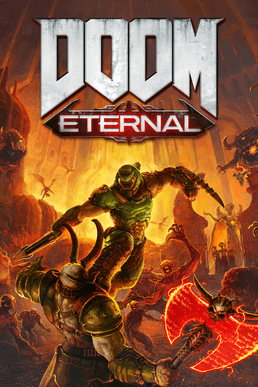