Over the past several years, independent photographers have filed more than a thousand lawsuits against companies that allegedly use their work without permission.

As many targets are mainstream media outlets, these can be seen as David vs. Goliath battles. However, the nature of these cases is described as classic copyright-trolling by many.

The driving force behind this copyright crusade is New York lawyer Richard Liebowitz, a former photographer, who explained his motives to TorrentFreak when he just got his firm started more than three years ago.

“Companies are using other people’s hard work and profiting off of it. It is important for photographers and the creative community to unite and stand up for their rights and protect their work,” Liebowitz said.

In the years that followed Liebowitz filed hundreds of new cases a year, trying to obtain settlements. While many of the photographers have a legitimate claim, the lawyer’s antics were increasingly criticized both in and outside of court.

In recent weeks, things only got worse.

In a case that was filed on behalf of photographer Jason Berger, targeting Imagina Consulting, Liebowitz failed to show up at a discovery hearing last April, without informing the court.

The lawyer later explained that this was due to a death in his family. However, since there were other issues that put the lawyer’s credibility in doubt, Judge Cathy Siebel decided to request evidence or documentation regarding who died, when, and how he was notified.

In the following months, Liebowitz explained that his grandfather had passed away on April 12, but he didn’t provide any documentation to back this up. Even after the court imposed sanctions of $100 for each business day he didn’t comply, nothing came in.

Instead of providing proof, the lawyer appeared to keep stalling, while stating that a death certificate is a personal matter.

This led some people to wonder whether Liebowitz’ grandfather had indeed passed away. Frustrated with the refusal to comply with her demands, Judge Siebel raised the sanctions to $500 per day earlier this month, criticising the lawyer for his behavior.

The order (pdf), picked up by Law360, instructed the New York lawyer to show up in court this week, to explain “why he should not be incarcerated” until he provides documented proof.

“Failure to appear as directed will subject Mr. Liebowitz to arrest by the United States Marshals Service without further notice,” Judge Siebel wrote.

It turns out that an arrest wasn’t needed as Liebowitz did show up at the hearing this week. Realizing that there may be trouble ahead, he entered the courtroom with two criminal defense lawyers at his side, for what would become a turbulent hearing.

After six months, the lawyer finally presented the death certificate the court had requested. This proved that he didn’t lie about the death of his grandfather, but he hadn’t been truthful either as this occurred three days earlier than Liebowitz said, on April 9.

Judge Siebel wasn’t happy about this, to say the least. According to The Smoking Gun, which covered the case in detail, she said that Liebowitz “chose to repeat that lie six, eight, ten times” as part of a “long-term campaign of deception.”

“I question Mr. Liebowitz’s fitness to practice,” Seibel added at one point during the hearing.

Liebowitz’s lawyer, Richard Greenberg, who has known the lawyer and his family for years, explained that his client’s misrepresentations were not “intentional” and that he “was in a daze” following the death of his grandfather.

However, Judge Seibel didn’t fall for this and countered that it would be “completely implausible” that this “haze” would have continued for months. According to her, Liebowitz intentionally lied to the court, noting that it was clearly not an honest mistake.

Greenberg also tried to get the sanctions lowered, which he said had risen to $3,700 over the past weeks. According to a letter sent to the court earlier this week, the attorney noted that Liebowitz had already paid a high price for his wrongdoing, including bad publicity.

“Richard has suffered horrible publicity as a result of being held in contempt and threatened with incarceration by this Court. And of course Richard, a young and inexperienced lawyer, is scared of the damage to his professional career as a result of his conduct and these proceedings,” Greenberg wrote.

“At the risk of appearing to minimize the seriousness of this matter, which counsel would not dare to do, counsel urges this Court to find that Richard has suffered or been penalized enough for his lapse or misconduct,” the letter (pdf) adds.

Judge Seibel didn’t seem convinced by these arguments though, and Liebowitz had to cough up for sanctions. According to Leonard French’s coverage, he paid $3,700 in court. That was $100 short according to the Judge, but she accepted it nonetheless.

The earlier contempt rulings also bring more bad news for the lawyer. He now has to disclose these to other courts as well as prospective clients, which likely doesn’t help his business.

In addition, Judge Seibel has referred the matter to the Grievance Committee, which will decide if further sanctions are appropriate, which could lead to trouble at the New York bar.

Needless to say, this is yet more bad news for the attorney. He can continue to practice law, at least for now, but everyone seems to agree that the attorney needs help and not just on the legal front.

Liebowitz’s own lawyer and family friend, Greenberg, recommended him to enroll in a CLE course to learn how to manage a small law firm. In addition, he was advised to seek psychotherapy to deal with several other issues. 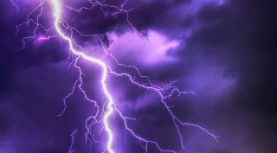