Despite some of the most intense opposition seen in recent years, on March 26, 2019, the EU Parliament adopted the Copyright Directive.

Rightsholders, from the music industry in particular, welcomed the new reality. Without official licensing arrangements in place or strong efforts to obtain licensing alongside best efforts to take down infringing content and keep it down, sites like YouTube (Online Content Sharing Service Providers – OCSSP) can potentially be held liable for infringing content.

This uncertainty led many to fear for the future of fair use, with the specter of content upload platforms deploying strict automated filters that err on the side of caution in order to avoid negative legal consequences under the new law.

While the legislation has been passed at the EU level, it still has to be written into Member States’ local law. With that in mind, more than 50 EU Academics have published a set of recommendations that they believe have the potential to limit restrictions on user freedoms as a result of the new legislation.

A key recommendation is that national implementations should “fully explore” legal mechanisms for broad licensing of copyrighted content. The academics are calling for this to ensure that the preventative obligations of OCSSPs are limited in application wherever possible.

The academics hope that broad licensing can avoid situations where to avoid liability, OCSSPs would otherwise have to prove they have made “best efforts” to ensure works specified by rightsholders are rendered inaccessible or show that they have “acted expeditiously” to remove content and prevent its reupload following a request from a rightsholder.

“Otherwise, the freedom of EU citizens to participate in democratic online content creation and distribution will be encroached upon and freedom of expression and information in the online environment would be curtailed,” the academics warn.

The academics’ recommendations are focused on ensuring that non-infringing works don’t become collateral damage as OCSSPs scramble to cover their own backs and avoid liability.

For example, the preventative obligations listed above should generally not come into play when content is used for quotation, criticism, or review, or for the purpose of caricature, parody or pastiche. If content is removed or filtered incorrectly, however, Member States must ensure that online content-sharing service providers put in place an “effective and expeditious” complaint and redress system.

The prospect of automatic filtering at the point of upload was a hugely controversial matter before Article 17 passed but the academics believe they have identified ways to ensure that freedom of expression and access to information can be better protected.

“[W]e recommend that where preventive measures [as detailed above] are applied, especially where they lead to the filtering and blocking of uploaded content before it is made available to the public, Member States should, to the extent possible, limit their application to cases of prima facie [upon first impression] copyright infringement,” the academics write.

“In this context, a prima facie copyright infringement means the upload of protected material that is identical or equivalent to the ‘relevant and necessary information’ previously provided by the rightholders to OCSSPs, including information previously considered infringing. The concept of equivalent information should be interpreted strictly.”

In cases where user-uploaded content does not meet the prima facie standard but matches “relevant and necessary information” (fingerprints etc) supplied by rightsholders, OCSSPs must grant users the ability to declare that content is not infringing due to fair use-type exceptions.

“The means to provide such declaration should be concise, transparent, intelligible, and be presented to the user in an easily accessible form, using clear and plain language (e.g. a standard statement clarifying the status of the uploaded content, such as ‘This is a permissible quotation’ or ‘This is a permissible parody’),” the recommendations read.

If users don’t provide a declaration within a “reasonable” time following upload, the OCSSP (YouTube etc) should be “allowed” to remove the content, with users granted permission to activate the complaint and redress procedure.

Rightsholders who still maintain that content was removed correctly must then justify the deletion, detailing why it is a prima facie case of infringement and not covered by a fair use-type exemption, particularly the one cited by the user.

A human review should then be conducted at the OCSSP, which should not be held liable for infringement under Article 17 until the process is complete and legality determined.

Given that Article 17 has passed, there appears to be limited room to maneuver and there is a long way to go before all Member States write its terms into local law.

However, even if the above safeguarding recommendations are implemented, it’s clear that substantial resources will have to be expended to ensure that everyone’s rights are protected. As a result, platforms lacking YouTube-sized budgets will undoubtedly feel the pinch.

Safeguarding User Freedoms in Implementing Article 17 of the Copyright in the Digital Single Market Directive: Recommendations from European Academics is available here. 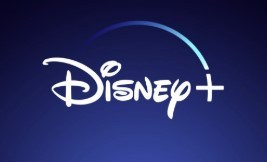