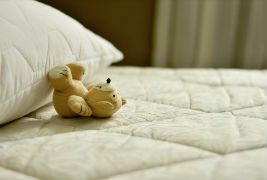 In 2011, the MPAA and RIAA teamed up with several major U.S. Internet providers, announcing their plan to shift the norms and behavior of BitTorrent pirates.

The parties launched the Center for Copyright Information and agreed on a system through which Internet account holders would be warned if their connections were used to download pirated content.

The program allowed ISPs to take a variety of repressive measures, including bandwidth throttling and temporary Internet disconnections. The “voluntary” agreement was praised by the US Government and seen as a prime example for other countries.

However, it didn’t last.

Early 2017 the MPAA, RIAA, and several major US ISPs pulled the plug. The parties never explained in detail why the effort was halted but it was clearly not the ideal solution for all involved.

This was good news for the people who were on the brink of being ‘punished’ by their ISPs after repeated notices. They could finally sleep easy again. That’s actually something the now-defunct Copyright Alert System website can help them with today.

After the scheme was stopped, the ‘copyrightinformation.org’ website remained online for months, offering the public information on how to avoid copyright infringement notices and where to obtain legal content.

That stopped eventually, and it now seems that the official domain has been taken over by a mattress review site.

People who try to access the former Copyright Alert System website are now redirected to buymattress.net. Apparently, none of the parties involved was interested in renewing the domain registration.

The mattress site gladly picked up this valuable domain which has thousands of backlinks all over the web, including some from reputable news sites. That’s generally good for search engine optimization purposes.

Of course, a mattress site is not much of a problem for the RIAA and MPAA, but it seems like the anti-piracy groups dodged a bullet here.

Imagine if the domain was picked up the likes of The Pirate Bay, a prominent pirate streaming site, or even a stream-ripping service? That would have been quite an embarrassment, to say the least.

The MPAA is not completely unaware of this risk. After all, it still owns the TorrentSpy.com domain name, even though the website was shut down over a decade ago. Similarly, Isohunt.com and Hotfile.com are still under control of the Hollywood group, redirecting to MPAA.org.

That said, it’s not completely unprecedented for piracy or anti-piracy related domain names to fall into the hands of third parties. The Department of Justice, for example, let go of several Megaupload related domains a few years ago.

Most famously, back in 2007 The Pirate Bay took over IFPI.com, a domain name that was previously owned by the prominent music industry organization IFPI. The torrent site kept the acronym, but changed the meaning to “International Federation of Pirate Interests.” 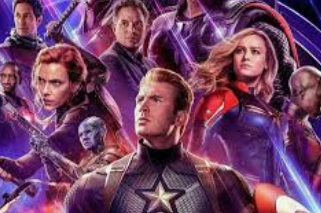