After being founded in 2016, ‘pirate’ manga-focused site Mangamura was blamed for facilitating huge volumes of pirate downloads.

Previously, local anti-piracy group CODA estimated damages to the manga industry of around $2.91 billion. That all came to an end last year, however, after the site mysteriously shut down.

For those who contributed to the platform, the past is proving more difficult to leave behind. In July, alleded site mastermind Romi Hoshino, 28, was arrested in the Philippines when attempting to board a plane to Hong Kong. This morning, two alleged upoaders appeared in a Japan court facing charges of copyright infringement.

According to the prosecution, Fjisaki and Ito uploaded images from the 866th episode of blockbuster manga series One Piece to Mangamura. The infringement was reportedly actioned from Fujisaki’s home in May 2017, an address where Ito also lived at the time.

The prosecution alleges the pair conspired with former site operator Hoshino to upload content to the site for the public to view without permission. It’s further alleged that Ito received payment for the uploads, cash that was used to cover the living expenses of the pair.

The manga series ‘One Piece’ is proving somewhat of a magnet for police and prosecutors in the Mangamura case. Last month, police in Fukuoka arrested a 37-year-old man under suspicion of uploading images of the hit series to the same site, again in May 2017.

Anime New Network reports that a man believed to be Adachi previously contacted the police trying to turn himself in for questioning. He was arrested at Fukuoka airport, after he arrived there from the Philippines via Taiwan. 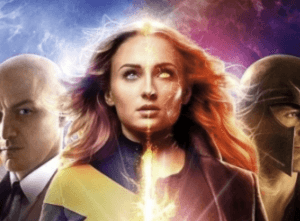