Each year the Office of the United States Trade Representative (USTR) publishes its Special 301 Report that highlights countries that are considered to be failing when it comes to the protection of intellectual property rights.

As part of the preparations for publication, the USTR asks for input from copyright holders, content distributors and other interested parties, which are then taken into consideration when deciding which countries appear in the final report. One of the hot topics in 2020 has its center in the Middle East, specifically Saudi Arabia.

In 2017, a new broadcaster called beoutQ began transmitting from the country, mainly utilizing satellite communications. However, instead of licensing or producing its own content, beoutQ rebranded and rebroadcast content owned by Qatar-based broadcaster beIN Sport. After much outcry and complaints from content owners globally, the USTR labeled beoutQ a “notorious market” in its 2019 Special 301 Report.

In August 2019, beoutQ suddenly stopped broadcasting via satellite but that was not the end of the matter. With millions of beoutQ devices installed in homes, the IPTV-enabled devices are now being primarily repurposed as streaming boxes, delivering the same content as they did before but utilizing the Internet. According to some of the world’s leading sports leagues and bodies, this presents a clear threat to the industries they represent.

In submissions to the USTR filed over the past few days, the International Olympic Committee, global soccer governing body FIFA, Englands’ Premier League and Spain’s La Liga, urge the USTR to keep Saudi Arabia on the Priority Watch List for 2020 on the basis that it denies “adequate and effective protection of intellectual property rights.”

The submissions begin with an outline of what each organization does and how beoutQ has affected their businesses. There is a level of déjà vu when reading the submissions by the Premier League and La Liga in that their collaboration is obvious, with entire sections cut and paste across the submissions. In that respect, they agree in exactly the same words that while the satellite broadcasting element isn’t an immediate threat, the IPTV capabilities are.

“Although beoutQ ceased broadcasting in mid-August 2019 (though rumors continue to circulate about its possible return), piracy continues to run rampant in Saudi Arabia. IPTV apps providing access to vast swaths of pirated content continue to be available on the up to three million beoutQ set-top boxes reportedly in circulation in Saudi Arabia and the region, among other IPTV boxes in the Saudi market,” both submissions read.

“For example, an independent report commissioned by the Premier League and several other sports rights holders and published in April 2019 revealed that one such IPTV app EVDTV, is itself based in Saudi Arabia. According to that report, contact details for the pirate service are publicly available on the app’s website, universeiptvs.com, which provides, inter alia, a phone number and location in Saudi Arabia.

“Despite repeated complaints by beIN and other rights holders, Saudi Arabia has never brought criminal action against beoutQ, or its Saudi facilitators and supporters,” the pair add in unison.

The FIFA submission is essentially an edited variant of the submissions presented by the Premier League and La Liga, with various paragraphs copied verbatim and others that are more specific to its role as a governing body. However, they all agree that after spending 15 months attempting to initiate a copyright infringement case in Saudi Arabia against beoutQ and its Saudi-based facilitators, it proved impossible to obtain legal counsel in the country.

With no legal remedy available, the USTR should punish Saudi Arabia, the soccer groups insist.

For its part, the International Olympic Committee (IOC) says its policy is to ensure that the Olympics reaches the widest possible audience, by allocating broadcasting rights to television, radio, mobile and Internet platforms. It says that the majority of the revenue generated by these rights is pumped back into sports and supporting athletes, including those in the United States.

The big issue in the Middle East and North Africa is that the IOC has licensed beIN, the official broadcasting partner that has been heavily targeted by beoutQ with its pirated broadcasts, which included the PyeongChang 2018 Olympic Winter Games. With the Tokyo 2020 Olympic Games coming up, the IOC is concerned that its broadcasting partnerships could be undermined once again.

“In view of this longstanding situation, the IOC respectfully requests that USTR maintain Saudi Arabia’s position on the Priority Watch List and engage with Saudi Arabia to encourage the Kingdom to protect and enforce the intellectual property rights of rights holders and to consider taking further appropriate steps in order to address the ongoing harm caused to rights-holders and broadcasters from this pirate activity,” the IOC concludes.

The submissions from IOC, FIFA, Premier League and La Liga can be found here (1,2,3,4 pdf) 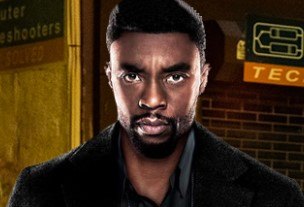