RapidVideo is a popular file-hosting service that specializes in hosting videos.

Similar to other file-hosting services, it can be used for good and bad. The bad, in this case, is people uploading pirated videos.

Whether the site’s operators want it or not, that’s what many of RapidVideo’s users are indeed doing. Two weeks ago this resulted in yet another scathing report from movie industry group MPA, which branded the site as a “notorious” piracy haven.

Behind the scenes, the website’s operator faces mounting pressure as well. RapidVideo has been targeted by lawyers from the MPA and ACE, two of the most powerful anti-piracy forces, which are demanding far-reaching copyright enforcement measures from the site.

To back up their pressure, two MPA/ACE members, Warner Bros. Entertainment and Netflix, filed a lawsuit in Germany to stop the alleged copyright infringements the site enables. While this case remains ongoing, the site’s operator decided not to await the verdict and has shut the site down effective immediately.

The millions of users who regularly visit the site currently see nothing more than a 404 error.

TorrentFreak spoke to “Alex Bytes,” the operator of RapidVideo, who informed us that the shutdown is permanent. The site’s operator already considered throwing the towel after the adoption of the new EU Copyright Directive earlier this year, which may make upload filters semi-mandatory for some sites.

“It was high time to quit, because of the upcoming law changes within the EU, due to Article 13/17, where it is a more challenging situation for service providers,” RapidVideo’s Alex tells us.

By shutting the service down, RapidVideo also hopes to get the lawsuit from Warner Bros. and Netflix off its back. In addition, Alex points out that advertising revenues were dropping significantly, so it was hardly worth continuing anyway.

According to RapidVideo’s operator, ACE and the MPA previously demanded far-reaching measures to prevent piracy. The rightsholders requested a thorough “take down, stay down” policy, that would go further than hash or filename filtering.

Instead, rightsholders wanted the site to implement a system similar to YouTube’s Content-ID where more advanced fingerprinting techniques are used to match file uploads to potentially infringing content.

This wasn’t an option for RapidVideo, likely because it would require substantial investments. The other option, shutting the entire site down, became more and more attractive instead, especially in light of the pending lawsuit.

“By shutting down, the lawyers have no more reason to fight in the court against me,” Alex tells us.

For now, however, the court case remains ongoing. TorrentFreak reached out to the lawyer of Warner Bros. and Netflix for a comment on RapidVideo’s decision and the future of their legal claims, but at the time of writing, we have yet to hear back.

‘Sharing is Caring’ Once Described Piracy But Things Have Probably Changed 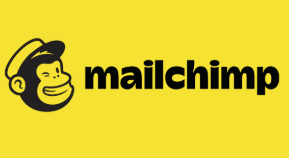 Mailchimp Kicks Out TorrentFreak Because We’re ‘Too Risky’