As one of the oldest and most prominent sports live-streaming portals, Rojadirecta is a thorn in the side of many international sports organizations.

The linking site is operated by a Spanish company and initially had a good track record when it came to legal battles.

Rojadirecta famously had its domain name returned after it was seized by the US Government years ago, and it has successfully fought off copyright holders in court.

More recently, however, the tide began to turn. This year alone, Internet providers in several countries, including Ecuador and Peru, have been ordered to block the site. Last Friday, a court in Denmark did the same.

The Danish case was handled by the local anti-piracy group RettighedsAlliancen, which worked in tandem with the Spanish Football League ‘La Liga‘. Earlier this year, they already managed to get blocking orders against nine other websites, but the court postponed a ruling on Rojadirecta.

The reason for the delay was unusual. Contrary to pretty much every other website, Rojadirecta put up a defense. Among other things, the site argued that it’s not actively involved in selecting streaming links, as this happens automatically, and that many links actually point to authorized content.

La Liga, however, countered that some of its content was definitely linked without permission, adding that Rojadirecta profits from facilitating copyright infringement. As such, it requested an injunction ordering local ISP Telenor to block the site.

Telenor, which is the actual defendant, in this case, didn’t present any arguments.

After reviewing the positions of La Liga and Rojadirecta, the court sided with the former. In its ruling late last week, the Court of Frederiksberg ordered Telenor to block the site. As is common in Denmark, this means that other ISPs will voluntarily follow suit.

RettighedsAlliancen CEO Maria Fredenslund is happy with the outcome. It confirms that the blocking process is effective, she says, even when a targeted site puts up a defense.

“Rojadirecta appeared in court and presented a defense but was convicted and blocked nonetheless – just like other illegal services. It stands to confirm that the blocking system works even if it is challenged, and of course we are very pleased with this,” Fredenslund says.

Rojadirecta, on the other hand, is disappointed. A spokesperson informs TorrentFreak that it respects the outcome of the court proceeding. However, it is not happy with how RettighedsAlliancen and La Liga are selling it to the public.

The site stresses that there is no ‘conviction’ of Rojadirecta. The case was a matter between the rightsholders and an ISP. The burden of proof in these cases is relatively low as the claimant only has to show that it’s likely that an infringement occurred, the site’s spokesperson notes.

“The court has thus in the case merely made the assessment that RettighedsAlliancen has proven it likely that there have been illegal links at Rojadirecta and that the formal requirements for issuing a blocking injunction against the ISP were considered fulfilled,” Rojadirecta tells us.

Rojadirecta further notes that it didn’t get much advance notice – Rettighedsalliancen informed the site little over a week before the hearing was scheduled.

While the streaming link site managed to have a postponement put in place, it never had the chance to participate in an oral hearing. Instead, Rojadirecta was directed to submit its defense on paper.

It’s clear that Rojadirecta is not pleased with the blockade and the site is still deliberating whether it will file an appeal.

Aside from facing yet another ISP blockade, the damage for Rojadirecta as a business is minimal. The site has a relatively small userbase in Denmark, and since it wasn’t a defendant in the lawsuit, there are no damages that have to be paid.

That could change if RettighedsAlliancen and La Liga file a case against the site directly, to decide whether it’s indeed operating illegally or not. We asked RettighedsAlliancen whether this was an option, but the group informed us that it has no comment on that for now.

Rojadirecta is clear though. If RettighedsAlliancen and La Liga want the conviction they already claim they have, they need to fight the case on its merits.

For now, however, the court found that there is enough ground to have Rojadirecta blocked in Denmark. According to local regulations the preliminary ruling will have to be followed up by a case of the merits. However, the targeted ISP may waive this, after which the order becomes permanent.

A copy of the order from the Court of Frederiksberg, obtained by TorrentFreak, is available here (pdf). 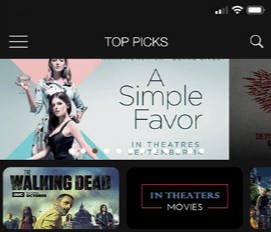