During April the Ukrainian government announced the launch of “Operation Pirates”, an anti-piracy initiative aimed at tackling the rising threat of online piracy.

“We must learn how to respect intellectual works, because at first glance, watching a videotape on a pirate resource does not pose any threat to the security of society,” said Ukrainian cyberpolice chief Sergey Demedyuk.

Since the launch of the campaign, no pirate sites have been reported as fallen. This week, however, police announced that they had successfully taken down four video streaming platforms.

The main casualty was kinogo.co.ua, a site specializing in movies and TV shows. It was one of the most popular sites of its kind in Ukraine. According to SimilarWeb data, the site was good for around 500,000 daily visits in the month before its demise.

Close to 84% of the site’s traffic came from Ukraine, with many of those visitors also going on to visit UAFilm.top, a pirate site operating in the same niche receiving around 100,000 daily visits.

These sites, along with the recently-launched kino-hd.top (200,000 daily visits) and the relatively small kino-hd.top, were all shuttered in the latest operation. Police targeted the location from where the sites were administered and the home addresses of the suspects.

According to Ukraine’s cyberpolice unit, the operators of all four platforms were two brothers, aged 38 and 32, from the Dnipropetrovsk region in eastern Ukraine.

Interestingly, one of the men is reported as working for the government’s State Fiscal Service, which handles taxes, customs, and the fight against tax and customs fraud. As a result, officers also reportedly carried out a search at the suspect’s place of employment, seizing equipment.

As is common with the majority of similar platforms worldwide, the four now-defunct streaming sites are said to have generated revenue via advertising. No exact figures have been released but the authorities suggest income of several thousand dollars per month.

Police say that a pre-trial investigation under Part 3 of Article 176 of the Criminal Code of Ukraine, which deals with copyright and other intellectual property rights violations, is underway. If found guilty, the brothers face fines or imprisonment of up to six years.

In earlier operations carried out this year, Ukrainian authorities shut down more than 60 pirate sites, most operating in the streaming sector.

“Online piracy remains a significant problem in Ukraine and fuels piracy in other markets,” the report reads.

“Pirated films generated from illegal camcording and made available online cause particular damage to the market for first-run movies. In addition, inadequate enforcement continues to raise concerns among IP stakeholders in Ukraine.” 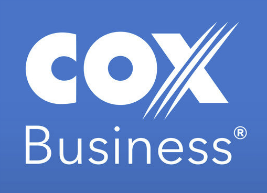