As part of its ongoing campaign targeting unlicensed IPTV providers servicing the US market, broadcaster DISH Network filed a lawsuit in a Texas court last August.

It targeted Easybox, an IPTV service that reportedly offered subscribers more than 1,000 channels, including more than two dozen channels exclusively licensed by DISH.

The broadcaster’s lawsuits often target IPTV providers for alleged breaches of the Federal Communications Act but in this instance, the lawsuit was based in copyright law. In common with other similar actions currently winding their way through US courts, this one met little opposition along the way.

DISH says it tried to get Easybox to stop its illegal activities on many occasions before filing the lawsuit, including by sending around 300 copyright infringement notices to the provider and its CDN providers between 2016 and 2019. All were ignored so the broadcaster was left with little option but to bring the matter before a judge.

As reported in detail last week, DISH recently put forward a proposed final judgment and permanent injunction for the court’s consideration. That has now been largely accepted and signed off by the court, with some exceptions, but largely along the lines of DISH’s recommendations.

In an order signed February 5 by District Court Judge Lynn N. Hughes, the Judge notes that defendants Hung Tran and Thi Nga Nguyen were served on November 21, 2019, but neither filed an answer or otherwise appeared to defend the action. As a result, the order grants DISH $150,000 in statutory damages for 66 of DISH’s copyrighted works infringed via the IPTV service.

“This amount reflects statutory damages of $150,000 for their willful infringement of sixty-six of Dish’s copyrighted works.”

The terms of the permanent junction are less tightly-worded than those proposed by DISH but still restrain the defendants, Easybox IPTV, or any entity they create, from distributing DISH’s channels in the United States or selling Easybox set-top boxes or IPTV subscriptions that stream DISH’s channels.

In its proposed permanent injunction, DISH previously requested that the registries in control of domain names connected to Easybox should render them inaccessible before transferring them to DISH for the company’s use. The actual injunction handed down by Judge Hughes doesn’t go quite that far.

Whether the defendants will pay all or indeed any of the damages handed down by the Court remains an open question. The Easybox service and associated sites appear to have been down for some time.

The default judgment and injunction can be viewed here (pdf) 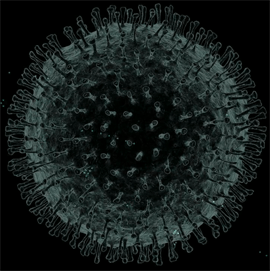 Unofficial Coronavirus Papers Archive Serves Up Half a Terabyte of Knowledge 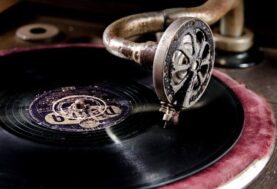