Last month we reported on what appeared to be a relatively straightforward DMCA subpoena application filed by the supervising body and publisher for the Jehovah’s Witness religious group.

After discovering that a number of its video sermons had been uploaded to YouTube, the Watch Tower Bible and Tract Society of Pennsylvania went to court in New York requesting that the video-hosting platform hand over the personal identifying information of ‘JW Apostate’, the operator of the channel of the same name.

Watch Tower told the court that it had fulfilled all the requirements for obtaining a subpoena and its sole purpose was to “obtain the identity of an alleged infringer or infringers” so that its copyrighted content could be protected. The subpoena was granted but before YouTube could hand over any information, a rather angry and apparently motivated individual stepped in.

In a motion to quash, Jane / John Doe – who identifies as a “noted author and journalist” – told the court that the DMCA subpoena application amounted to an illegal attempt by the religious group to violate the First Amendment rights of journalists by attempting to obtain information about confidential sources. From here, however, the objections became rather more personal.

“[T]he Court utterly failed in its duty to balance the interests of news reporters from stupid fishing expeditions by angry pedophile and pedophile enablers in its hurried effort at rubber stamping whatever documents are handed to the Court in an effort by this judge to appease stupid religious cults who live in her neighborhood,” the motion continued.

“The Watchtower Bible and Tract Society is no stranger when it comes to DMCA subpoena applications or indeed Judge Seibel. The religious cult has attempted to obtain several subpoenas in New York courts against Facebook and YouTube users, filing around 60 applications overall since June 2017. This is complete BULLSHIT(to use a legal term).”

A little under two weeks later, Watch Tower attorney Paul Polidoro filed an opposition to the motion to quash, noting that Watch Tower had applied to the US Copyright Office for registration of all of the allegedly infringed works, citing the registration or application numbers for each.

Polidoro further noted that YouTube-owner Google had advised him that until the court ruled on the matter, no identifying information would be handed over.

“JW Apostate (hereinafter ‘Movant’) posted a number of Watch Tower’s complete videos. There were no transformative efforts made in these postings. Rather, as is clear from the motion, he/she asserts the right to unfettered use of Watch Tower’s corporate intellectual property,” Polidoro wrote.

“The filthy diatribe he/she submitted claims this right is grounded in reporter’s shield laws, and the First Amendment right to anonymous speech. As both arguments are without any legal support, his/her motion should be dismissed.

“Movant also seeks refuge in the right of anonymous speech. The law in this circuit is clear: there is no right to anonymously infringe copyrights,” the attorney added.

Late last week, Jane / John Doe hit back in a new filing which describes the Jehovah’s Witnesses as a “notorious group of criminal pedophiles running a scam ‘religion’ who are guilty of abuse of process and emotional extortion through sham litigation in their pathetic efforts at discovering leaks and moles and whistleblowers.”

“Unfortunately for them,” the filing continues, “this is the year 2020 and things like VPNs, anonymous proxies, and TOR exit nodes frustrate them at every turn.”

With those claims out of the way, the Doe movant states that Watch Tower does not have a valid copyright claim for any of the videos allegedly made available via YouTube because the necessary registration process wasn’t completed before legal action was taken.

Furthermore, the movant alleges that the videos posted were either “secret recordings” or “edited videos” which only displayed material in such volumes necessary to “inform the public about these anti-government, child molesting religious fanatics.”

In a quite extraordinary filing, the movant makes additional, and at this stage totally unsupported, claims about the relationship between Watch Tower’s attorney and the presiding judge, suggesting that a friendship might be undermining the judicial process.

“The whole point of this response, Judge Seibel, is to get you to think first before you pull out your rubber stamp when these assholes show up on your doorstep hollering about alleged copyright violations,” the anonymous movant continues.

“Lives are at stake here in what you do, Judge Seibel. You need to be more cognizant of the fact that these people are a bunch of damn liars, pedophiles, and bullies.”

Given the outrageous tone of the filings objecting to Watch Tower’s demands for a DMCA subpoena, one could be forgiven for thinking that Judge Seibel might not respond as the movant might’ve hoped. However, the Judge now appears to be taking the objections seriously.

In initial comments, Judge Seibel rejects the notion that the movant is being asked to reveal a journalistic source. She further states that the First Amendment does not protect acts of copyright infringement. However, the claim that Watch Tower keeps requesting DMCA subpoenas appears to have piqued her interest.

“[M]ovant challenges the good faith of Watchtower’s representation that its purpose in seeking a DMCA subpoena is solely to identify a potential defendant for a copyright infringement action, alleging that Watchtower has invoked the [sic] 59 times without ever then bringing such a lawsuit,” Judge Siebel writes.

“The Court can imagine reasons for that fact (if it is a fact) that do not evidence lack of good faith, but Watchtower should address (by declaration or affidavit of someone with knowledge) whether it is true, and if so, why I should not conclude that it evidences lack of good faith.”

Furthermore, the Judge also wants to get a closer look at what content was obtained and the context in which it was posted to YouTube. This is important because, under certain circumstances, there may not have been any infringement at all.

“Accordingly, Watchtower should address (by declaration or affidavit of someone with knowledge) what exactly it claims was infringed by Movant and how,” Judge Siebel concludes.

DMCA subpoena applications are usually open-and-shut cases but at least in this instance, the evidence will now be subjected to additional scrutiny. Where that will lead is open to question but determining fair use is often a complex not to mention expensive matter. 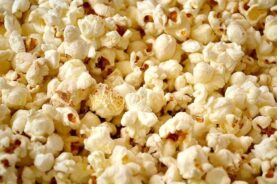